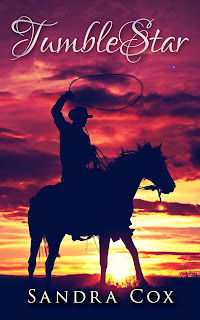 Storyline. Coop Malloy receives a telegram that his sister and brother-in-law have died and Kallie, his ten-year-old niece, is on her way to Texas to live with him.

Still reeling from the loss of his sister, he receives another shock when his childhood friend Randa Lockhart steps off the stage with Kallie. He’s stunned to see that the little pigtailed nuisance that tagged after him and his best friend years ago has turned into a beautiful young woman.

Randa and Kallie have barely settled in when Coop finds buffalo hunter Marvin Doolin beating the local blacksmith within an inch of his life for laming his horse. Coop steps in and when the buffalo hunter tries to kill him, he shoots him. Now Doolin’s four brothers are out to even the score.

When they go after Randa, they cross the line. They’re about to find out that’s there’s nothing Coop won’t do, and no one he won’t track down to protect the two females that have burrowed hard and fast into his heart.

Excerpt. “Are you ready, Randa? Since we are close, I thought we’d head over to Mobeetie.  Maybe pick Kallie up some peppermint sticks.”

Her face lit up. “That would be great. Maybe I could find some fabric and make myself a divided skirt.” She looked down ruefully at the pants she wore. “Then I wouldn’t have to wear your trousers.”

Captain Liston laughed, rose, and pulled her gently to her feet. Not letting go of her hands once she was standing. “I must say, they look much better on you than they do on Coop.”

“On that at least we agree,” Coop muttered, staring pointedly at their entwined hands.

Randa flushed and tugged at her hands but the captain held on. “I’d love to see you again, Miss Lockhart.”

“Why don’t you come to dinner next week? Say Tuesday.”

The pie in Coop’s stomach coalesced into a hard ball of lard. What was Randa thinking to invite that slick womanizer to supper?

“Of course not. Why should I? Let’s get going, Randa.” Even to his own ears he sounded surly.

They headed for their horses.  The captain stepped in front of him, causing Coop to step on Liston’s heels, when he stopped and helped Randa into the saddle. As if she couldn’t mount by herself.

When he headed for his own, Daniel intercepted him. His back to Randa he said in a low voice. “If you have any interest in that department, better tell me now.”

What he longed to do was punch the blue-eyed Casanova on his nose. Which made no sense considering their history of shared saloon women. “Considering that Randa is under my roof that would hardly be honorable now would it?” He stepped in closer till he could smell the heat and aftershave on the captain’s skin. “But know this, Daniel. If you make one move toward Randa that is less than respectful, you’ll have me to answer to.”

“I would never dally with a woman under your roof. Whatever my intentions toward your lovely guest, they are honorable.”

He gave an abrupt jerk of his chin. “Glad we understand each other.”

Daniel gave him a level look. “I believe we are beginning to.”

Available in paper or E at Amazon.

at November 13, 2020
Email ThisBlogThis!Share to TwitterShare to FacebookShare to Pinterest
Labels: Romance, Western